DeSaad is a faithful follower and chief torturer of the overlord of Apokolips and Darkseid . He is one of New Gods and citizen of Apokolips 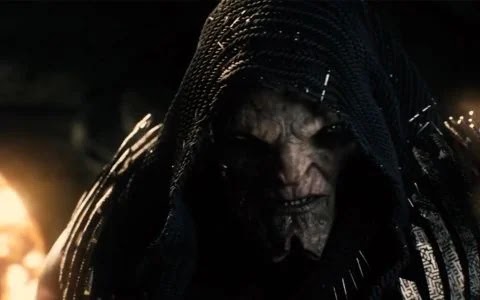 Justice league : Synder Cut trailer arrived in Dc Fandome and many new scenes and charecter suits , fights and villains looks we get from older justice league and one the new villan which introduce in Synder Cut  DeSaad . 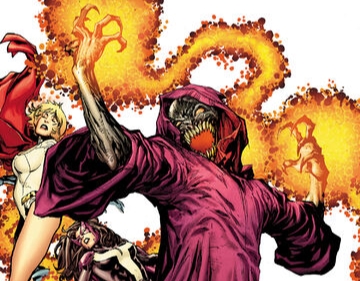 DeSaad is a faithful follower and chief torturer of the overlord of Apokolips and Darkseid . He is one of New Gods and citizen of Apokolips .
DeSaad was created by Jack Kirby ( Creator of Darkseid ), First appearance of DeSaad in Forever People #2.
His name is a derived to French author Marquis De Sade.

Darkseid corrupted an innocent youth by tricking him into believing the youth's cat had killed his other pet, a bird. Goading the boy to avenge the bird, Darkseid manipulates the youth into burying the cat alive. The bird returned, having flown off, and in a rage, the youth killed the bird and left New Genesis to become Darkseid's lackey.
DeSaad appeared to be helping Drax with his attempt to master the Omega force. In fact, he was plotting with Drax' brother Uxas. As a result, Drax was presumed killed, and Uxas mastered the Omega Force, taking the god-name Darkseid. DeSaad went on to serve as Darkseid's torturer.
Recommend Is Justice league is big chance for Dc to extend ?
DeSaad is a sadist and a coward. He is naturally treacherous, but is sufficiently afraid of Darkseid that he will not turn against his master unless someone else takes the lead (and will probably switch sides again if it looks like they will fail). He spent some time posing as Darkseid to keep Intergang going. While Darkseid had been involved with Intergang as part of his search for the Anti-Life Equation, DeSaad simply wanted to cause suffering.
DeSaad was seemingly killed during an attempt by Darkseid to penetrate the Source. He was subsequently found to have "bonded" with Orion, causing the latter to become cruel and manipulative. They were later separated. While missing, his second-in-command Justeen plots to overthrow DeSaad's position and become closer to her beloved Darkseid.
DeSaad charecter face look is comic accurate , In Synder Cut we see this charecter in action soon .
This is DeSaad villian explanation. Which recently debuted in Justice league.
Share This Article
Dc Zack Snyder's Justice League
Author:
Dynamicsarts Desk