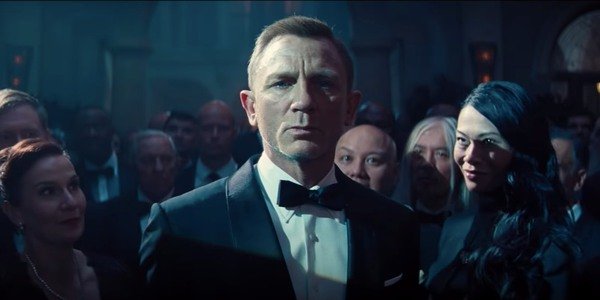 No Time to Die - James Bond new trailer released has outstanding visuals, action scenes and looks .
James Bond movie No Time To Die has been revealed, with Daniel Craig coming face to face with Rami Malek’s terrifying villain Safin.
Yesterday, a new poster of the film featuring Daniel was dropped over the internet , The new trailer of No Time to Die released today watch out below
The Fifth installment of James Bond franchise with Craig finds the super spy retired and living off the grid in Jamaica. Alas, trouble finds Bond as it is wont to do and he's soon back in action, navigating the world of international espionage, past romantic entanglements and a mysterious new villain called "Safin" (Rami Malek).

The action-packed film is directed by Cary Joji Fukunaga, who has previously given box office hits like Jane Eyre and includes screenwriting by Neal Purvis, Robert Wade, Cary and Phoebe Waller-Bridge, who made her name with hit sitcom 'Fleabag'.

The mission that changes everything begins… #NoTimeToDie in cinemas this November. pic.twitter.com/nBP6aUrwDy

The film, which is Daniel Craig’s last outing as Bond, was originally scheduled to hit theatres in April, but was postponed due to the COVID-19 pandemic.
The film is scheduled for release on November 12 in the UK and November 20 in the US.